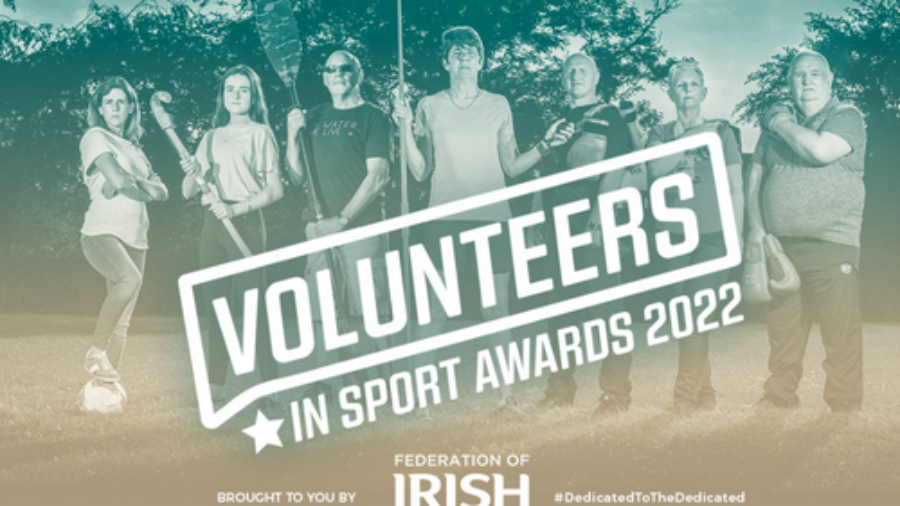 The Federation of Irish Sport hosts the Volunteers in Sport Awards as a unique celebration to honour and recognise individuals who are part of the wider volunteering community involved in sport. Nominations are now open at www.volunteersinsport.ie.

The 2022 awards will be celebrated in the Greater Dublin Area at the beginning of March 2023. Entries will close on the 25th January 2023. Nominations received will be shortlisted and put forward for consideration by the Judging Panel. Winners are chosen on a county basis, with 32 award recipients and one overall Outstanding Volunteer Award.

Volunteers are the cornerstone of table tennis clubs and communities across Ireland. Unpaid, they give freely of their time, energy and are dedicated to the development of table tennis. Without them sports clubs would not exist.

Complete the entry form to celebrate the volunteer you admire most. There will be 32 county winners decided and an overall award for Outstanding Achievement. Each county winner will receive a commemorative prize. Nominate now: https://volunteersinsport.ie/make-a-nomination/ 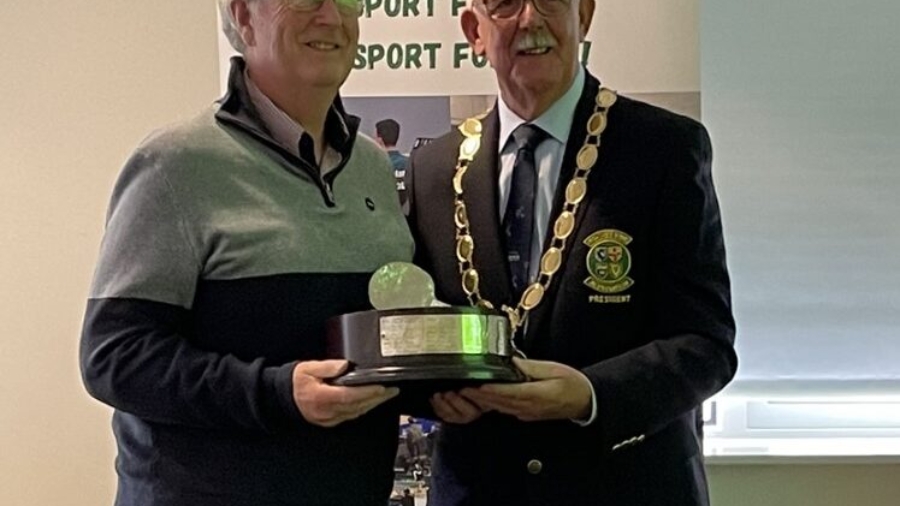 The Award recipients were announced and presented by the President, Tony Martin at the Annual General Meeting on the 11th of June 2022, in the Conference Room at the Irish Sports HQ.

Principal among the Awards is the Joe Veselsky Award which is presented each season, in recognition of endeavour and achievement in administration, to a person over the age of 35 years, and who has served a minimum of 5 years.

The recipient of this season’s award was Derek Weir, who took over running the Belfast & District League in 1987 and served for over 30 years before retiring in 2018. This was the largest league in Ulster which in its heyday had more than 12 divisions. One of the challenges which Derek faced at a difficult time in Belfast was to reverse the decline that had seen the League reduced to 3 divisions. By the end of his tenure Derek had seen the league rejuvenated to 5 strong divisions.

Derek organized all the cup competitions associated with the league including singles competitions and an annual challenge match versus the Leinster League. As a player Derek was very successful playing several times for Ulster and Ireland.

The Senior Male Player of the Year has been awarded to end of season Irish No. 1, Alexander Gillen who won the majority of senior open events of the season.

Other Awards decided are:

Eoin Kelly was also presented with his Volunteer of the Year Award 2020/21 which had not been presented due to the Covid pandemic.

The end of Season Underage Irish No.1’s were also announced at the AGM and presented as follows:

Congratulations to all recipients of these awards. 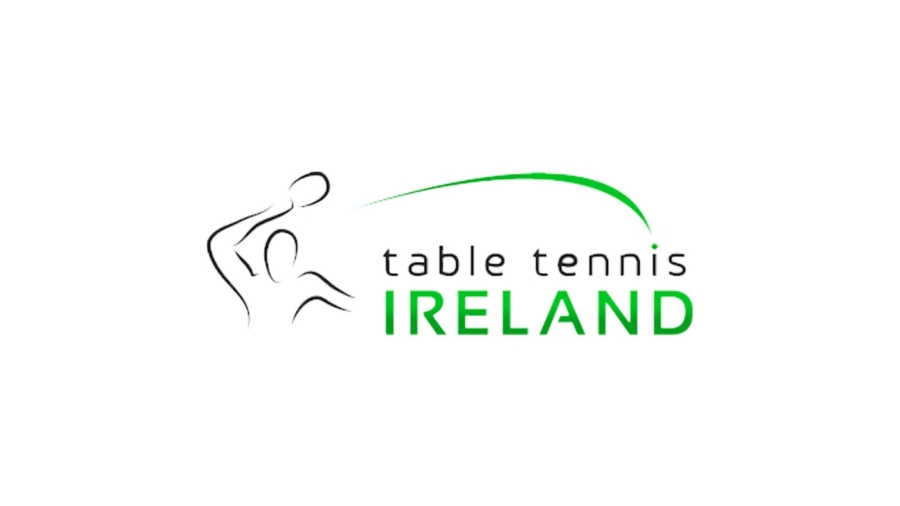 Table Tennis Ireland invites nominations under its Awards Scheme for the 2021/2022 season. Nominations for all the Award categories must be received on the specified form by Monday 2nd of May 2022 at 5pm. Applications can be emailed to [email protected] or posted to Irish Sports HQ, Sport Ireland Campus, Blanchardstown, Dublin 15, D15 DY62.

Please note that there will be two awards made within the Junior Player of the Year category. 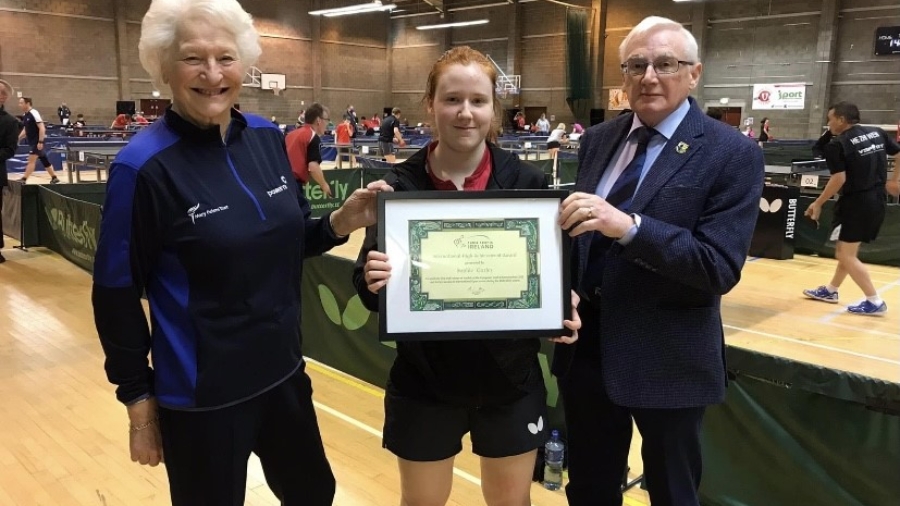 Sophie Earley is pictured above receiving an International High Achievement Award from Lady Mary Peters and Kenneth Strong, Table Tennis Ireland Director. She received the award for her superb international results, being the first Irish player ever to medal at the European Youth Championship, and for her continuing success at International World Table Tennis events.

Sophie travels on Friday (3rd December) with coach Conn Higgins to the World Youth Table Tennis Championships in Portugal, having received full support from Table Tennis Ireland and Table Tennis Ulster. Sophie said “I want to thank everyone who has given me support along my journey so far – whether financial, coaching, or in other ways. It was also great to receive recent awards from the Mary Peters Trust and the European Table Tennis Union”.

Sophie won the Women’s Singles at last weekend’s Ulster Open played in Lisburn – getting a good send-off for her task ahead in Portugal. The Men’s Singles winner was He Zhiwen, a former World Team Event Champion and 4 times Olympian. 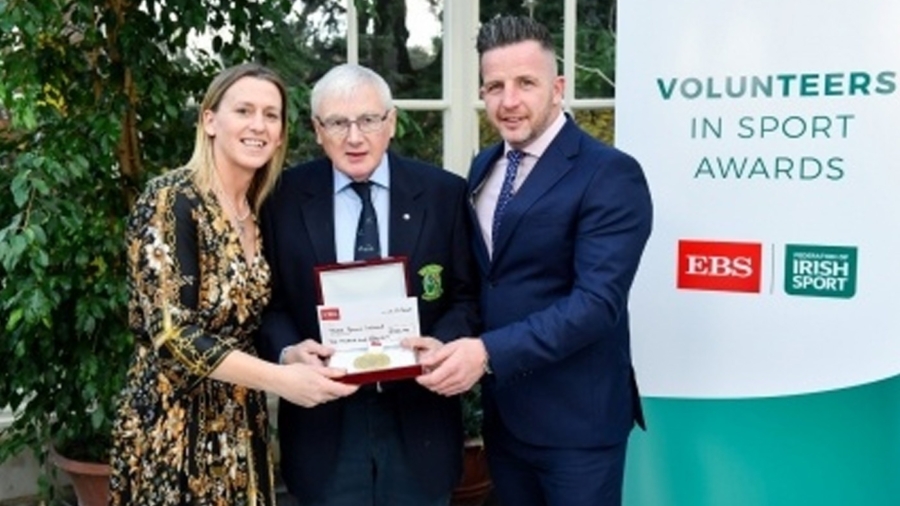 The Federation of Irish Sport created the Volunteer in Sport awards to ensure the Sport’s Volunteer is recognised and celebrated on a national scale. The Federation are delighted to partner with EBS to recognise the dedication and passion of these volunteers by heroing them at an awards ceremony.

Nominations are open to all members of the public and the award ceremony is due to take place virtually in December 2021.

To nominate an everyday hero, and to be in with the chance of winning €1,000 for your local sports club, simply visit www.volunteersinsport.ie. Nominations can be made by a club, individual or sporting body and are open from September 7th 2021, to October 17th 2021.

More information including the application, can be found here www.volunteersinsport.ie 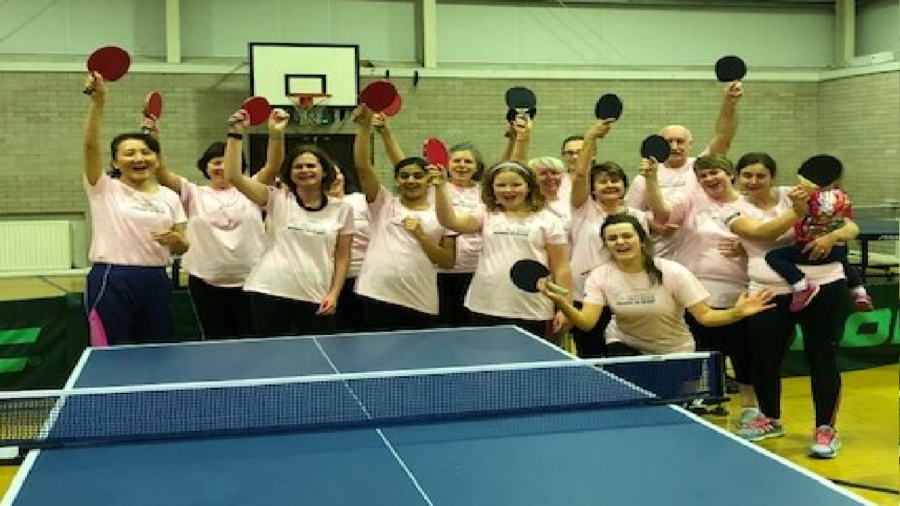 On Tuesday the 6th of April we at Table Tennis Ireland celebrated World Table Tennis Day. We hosted an online live session with 2 of our female players and coaches. We hosted the event in conjunction with the ITTF Foundation #FEMpowerment movement.

Our inspiring hosts showcased many skills and tricks to those that attended and brought them through a live Table Tennis session. As one of the ITTF Foundation promoters for World Table Tennis Day our event was a huge success, and we had a record number of approximately 50 attendees who joined in on the session.

We would like to thank Craigavon for their help and support in allowing us to have access to their venue to host our event. In addition, thanks to Joe Colvin who provided all necessary support to ensure that we hosted a successful live session.

Throughout the day many of our female members set skill challenges for everyone to try out.  Many participants have also entered in various skill competitions to win some cool prizes.

We would like to express our gratitude to our female members who helped us promote and run our event. They have inspired many women to participate in sport.  A special thank you to Rachael Scott, Rebecca Finn, Erin Thompson, Claire Heller, Mia O’Rahilly Egan, Nicole Scott, Amanda Taylor, Rachel Taylor, Lucy Johnston, Lucy Craig, Thuy Linh Cashman, Tara Fusco and Sophie Earley. Their participation ensured the success of our event and helped spread awareness and visibility of Women in Sport within the table tennis community.

Check out our video below, the highlights of how we celebrated World Table Tennis Day.

We wish to thank everyone who took part in our World Table Tennis Day skills competition. We had many great entries but there could only be a few winners! We wish to announce our winners of the skill competitions:

Congratulations to all of our winners! 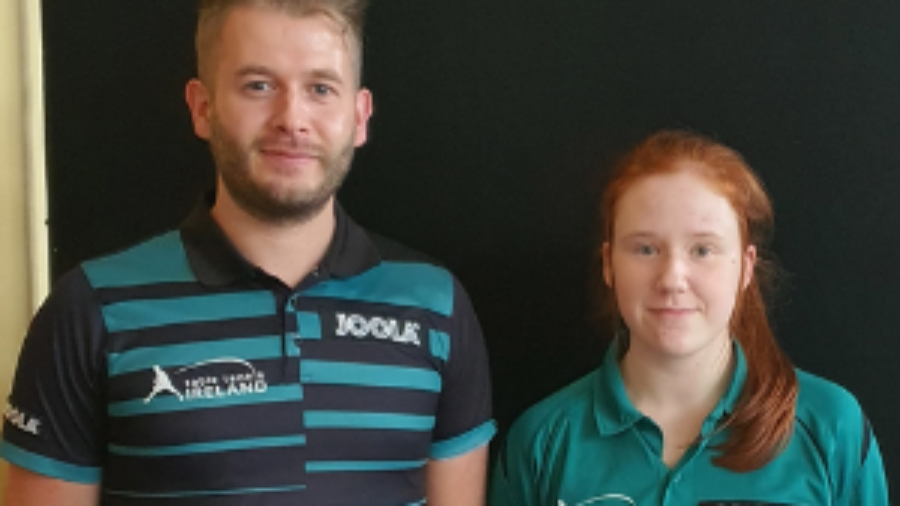 A brief report on the Cadet Girls Singles event and match results can be read on the following link: 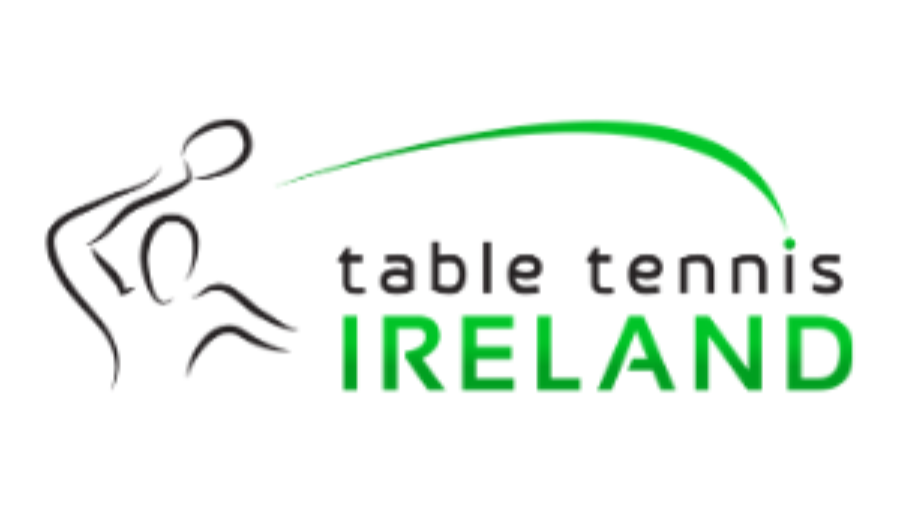 The Events Committee has decided that the competition calendar will be suspended until 2021. Gatherings of players for events continues to be suspended, no competitive tournament or league activity can take place.

The Committee will be working with the Branches to identify suitable alternative dates for affected Provincial Opens, however the outlook into 2021 remains dynamic, and the situation may for some time continue to be unpredictable.

Subject to restrictions, the situation regarding National Squad activity and Camps will be reviewed again in November, to evaluate the possibility of some limited resumption, before the end of the year, in this area.

The Association will also be organising additional online development modules over the next number of weeks, details of which will be issued in advance.

The situation for Clubs/individuals is as per the TTI Return to Table Tennis Framework, but may also be subject to additional local, travel or jurisdictional restrictions.  Most leisure facilities will be closed in accordance with their limitations under national guidance, and the TTI Protocols or Framework do not supersede such directives.  Any table tennis ‘businesses’, open access facilities, or pay as you play facilities, are also bound by national guidance, limiting commercial activity to specific sectors/companies and categories of worker, and as such should also be closed.  Limited individual activity may take place, in accordance with general governmental guidelines, and only on condition that all necessary hygiene, distancing and facility based protective measures are taken, however all participants should err on the side of caution, subject to the limitations of the space in which they are practicing.  Players should only train or exercise in their own Club, and should not be participating in activity in different Clubs.

As previously stated within TTI Return to Play protocols, all guidance around resumption/continuation of sporting activity is provided for  volunteers and staff whose health circumstances and demographic places them at low risk of infection.  As previously advised, personal or local circumstances, conditions and facilities, including regarding higher dangers of levels of contagion and transmission, and/or the physical layout of particular premises or facilities, may be such as to indicate a longer suspension of activity for certain localities, groups and individuals, according to those specific circumstances.  Individuals, or groups, who consider themselves to be ‘at risk’ should, regarding any future return to activity, make the decision which best suits their circumstances and take the precautions they believe are most suitable for those circumstances.  Thus, the current period of restrictions may be extended by clubs or facilities, according to their circumstances.

As indicated, the situation remains unpredictable, and will be kept under ongoing review. 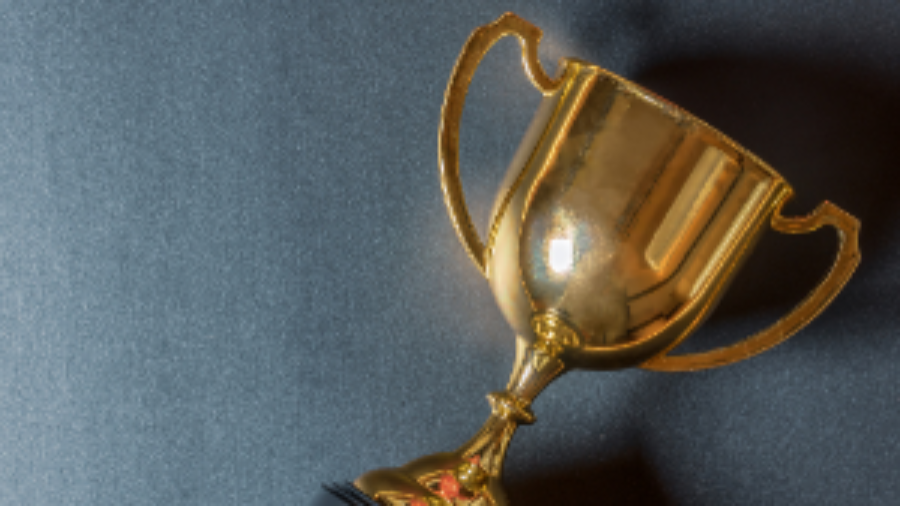 The Award recipients are normally announced at the Annual General Meeting, however, due to the Covid-19 pandemic, and the delayed National Championships, the Awards were deferred.

Principal among the Awards is the Joe Veselsky Award which is presented each season, in recognition of endeavour and achievement in administration, to a person over the age of 35 years, and who has served a minimum of 5 years. The recipient of this season’s award is Brian Finn, who has for many years been involved in running the Veterans area of table tennis.

He had been responsible for undertaking the onerous task of organizing the Home Nations Veterans Championships when they were staged in Ireland in 2013, and is also leading the project for the 2020 Championships, now postponed until 2021. Brian has been integral to the revival and regeneration of the veterans category in Ireland over the last 10 years and is a worthy recipient of the most prestigious award in Irish table tennis.

Other Awards decided are:

Volunteer of the Year:   Henrik Heckmann

The presentation of these awards will take place at a suitable time and venue later in the season.

Congratulations to all recipients of these awards. 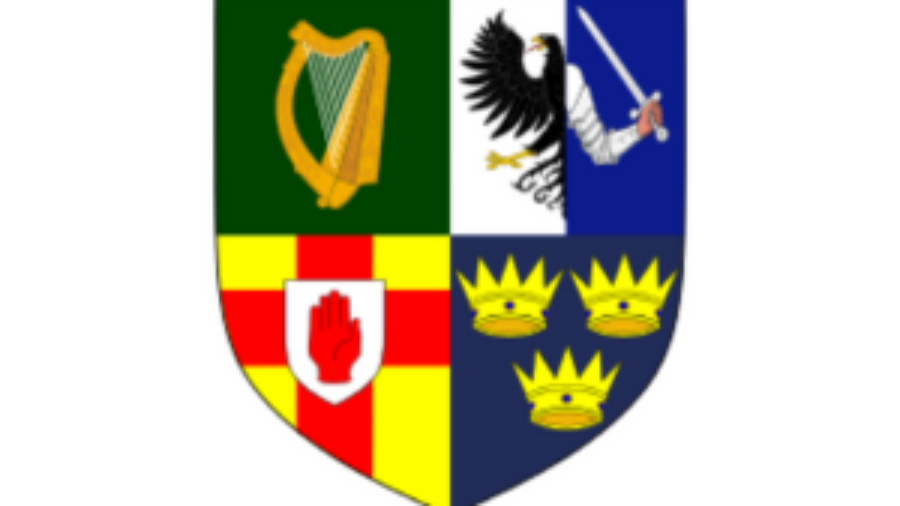 The Association has announced awards to the end of season No. 1 ranked players in all the underage categories.  These are as follows:

The awards will be presented to the recipients on a suitable occasion subject to the current government regulations regarding Covid-19.