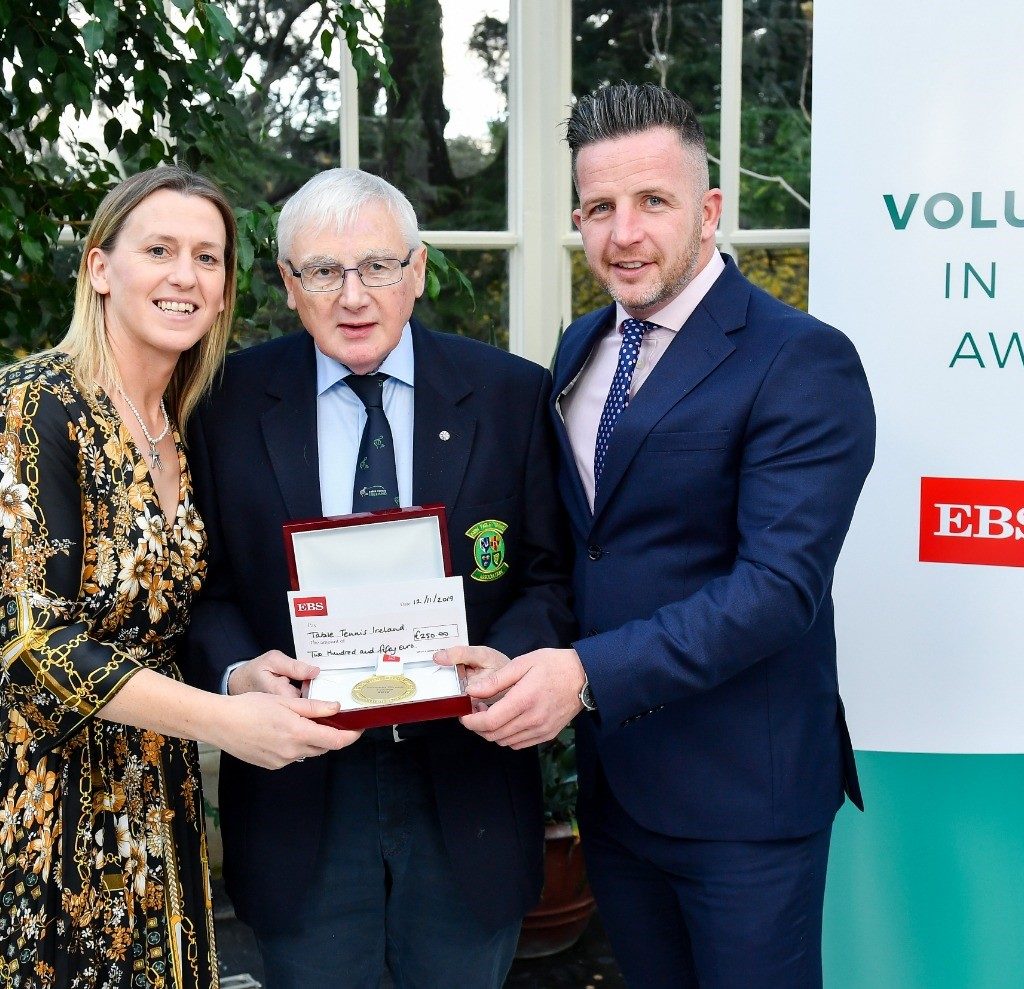 Ken Strong has been awarded Honorary Life Membership of the Association. He has been a devoted volunteer, initially beginning as a Branch Committee member in Ulster and then at national level in the Irish Association. In addition to service in his local Tyrone County Association, Ken was Ulster Branch Secretary for 16 years, Chairman and President each for 5 years. He is a former Chair, Secretary and International Director of Table Tennis Ireland as well as Chair of the former National Training & Selection Committee.

“Ken has made an extraordinary contribution to the sport over the last 50 years at both national and provincial levels.  In terms of time and effort, it is without parallel in the history of the Association.

The members who have observed even a small part of his incredible journey, know of his deep commitment to improving the standard of Irish table tennis, at all levels. On behalf of the members all around the country, I congratulate him on his appointment as an Honorary Life Member.”

The Award was presented to Ken at the Association’s Annual General Meeting by Irish President, Tony Martin. 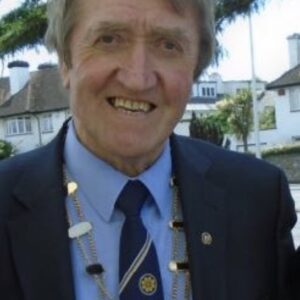 Pat had a distinguished career as a player and Non Playing Captain.
As a player  in a very competitive era, Pat was good enough to win selection for both Leinster and Ireland at senior  level.

He was the driving force on the Pioneer Club team that won league and cup honours on several occasions. Pat also led his team to win the inaugural All Ireland League trophy and with that, entry to the European Cup which took place in Holland in 1977. The team qualified again to play in Portugal in 1978.
As his senior career drew to a close, Pat became a member of the Irish Management Committee and the Senior International Selection Committee.
Pat  was also appointed as the Non Playing Captain ( NPC) of the senior team for European League and 6 Nations Senior events where his professional approach was much appreciated by the players.

In later years, Pat continued to enjoy playing table tennis as a veteran. Pat is also a member of Swaythling Club International and has served as their leader in Ireland for many years.
In recognition of his contribution to table tennis in Ireland, Pat was elected as an Honorary Life Member in 2019. 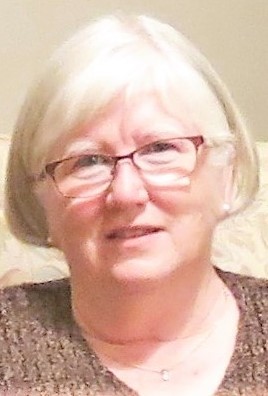 Anna Kelly served the Irish Association at both Leinster Branch and Senior and Junior Management levels for a number of years. She became involved with the Business Houses League in Dublin, firstly as a player for Guinness, then as a Committee member and eventually as Secretary some 40 years ago.

Anna began coaching and became National Junior Coach. She attended several European Youth Championships and for the first couple of years she was the only female coach from any nation represented at the Championships. She was also elected and served as an Irish Senior and Junior Selector, being a member of both Senior and Junior Selection Committees. 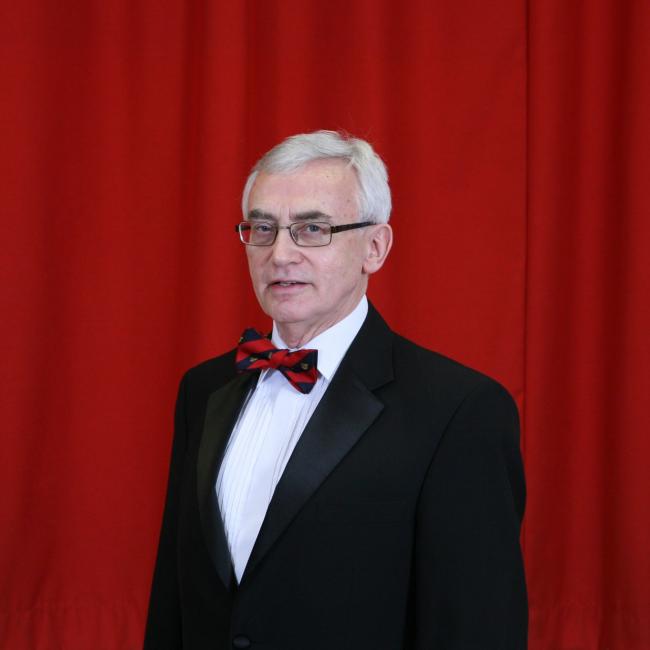 Alan Strong has been involved in Table Tennis for over 35 years in many roles including various offices in the Irish Association and Ulster Branch, having caught the TT-bug along with his two brothers Kenneth and Roger (deceased) in their Co. Tyrone home.

He has contributed to coaching from 1984 onwards being the holder of ITTA Level 1, 2 and Level 3 awards. In 1996 he was accredited as a National Coach Tutor by Coaching Ireland, and was Tutor & Assessor of all ITTA Award levels from 1984 onwards in addition to having been the Author of the first ITTA Coaching Manual in 1992.

Alan has been active in a range of coaching activities in the period 1982 – 2004 both at Irish and Ulster levels, addressing standards, tutoring, strategy, technique, tactics and sport science. He mentored several Senior Coaches such as Andrew Dennison.

He has been a member of several Irish & Ulster committees, including Irish Junior & Senior Selection as well as acting as NPC to several teams, including the ‘best ever Irish performance at the European Youth Championships’ when Colum Slevin, Brian Orr and Aidan Walsh took 15th place in the Junior Boys team event in 1982. Alan led Ulster Teams to the Commonwealth Championships (5 tournaments) and to Commonwealth Games (2002 and 2014). He was ITTA High Performance Committee Chair & Joint Author of “TTI High Performance Operational Plan (HPOP)” 2015, and author of several Table Tennis Ulster strategies, funding bids, sponsorship deals & publicity campaigns. He was joint leader in the creation of British Olympic Table Tennis Federation, along with ETTA, TTAW, STTA & ITTA (UB) – now known as BTTF, and Joint Initiator of UK Coaching Manual along with R. Yule (Scot), A. Griffiths (Wal) & Jill Parker (Eng). Again, his Ulster colleagues were involved and supportive in a real team effort.

Alan has served as a Government-appointed Board Member of Sports Council for N Ireland (2004 – 2012), holding the key position of Chair of its Places Committee. He is a member of the ITTA Disciplinary Committee, and is currently Director of Coach in Table Tennis Ulster, with responsibility to Ulster Chairman Arnold Morgan for managing a team of four staff who have roles in High Performance, Club Development and an Active Clubs Community programme. Alan was awarded the Joe Veselsky Award in 1996 for ‘Service to Sport’ and is a former ITTA Vice President. 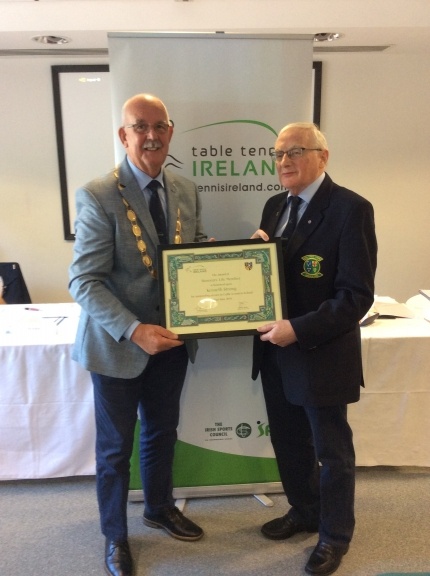 Tony Martin has served the Irish Association at both Leinster Branch and Senior Management levels for a number of years in addition to a period on the Leinster Branch in the roles of Secretary, Chair and currently the President. He has also served in various posts as a Leinster League official since 1968 and continues to do so. He has been a Leinster League Committee member for 48 years and Treasurer for 30 years.

Tony became a member of the ITTA Management Committee in 1980, serving as a member and then as Assistant Secretary and PRO. In 1988 he was elected as Secretary, a post he held until 2007. Tony was the Association’s Administrative Officer for more than 10 years. During the latter period he attended 13 ITTF and 13 ETTU meetings as a delegate of the Association.

He was elected as a member of the ITTF Equipment Committee specialising in arena lighting. He acted as Team Manager for the Irish squad and as an NPC on a few occasions. In Ireland he was involved in organising some international matches in Dublin over the years.

He is a National Umpire and Honorary National Referee (since 2012). He is also a member of and former Chairman of the Events Committee. Tony was a Senior and Junior Selector. He received the Joe Veselsky Trophy for service to the sport in 1995 and in 2008, he was appointed as a Vice President of the Association. During his years as ITTA Secretary he was an ITTA delegate to the Olympic Council for Ireland.

Tony has a major interest and involvement in organising events. He is a member and former Chair of the Events Committee since 2008. As an umpire and referee, Tony referreed a number of 6 Nations Championships when these were held in Ireland. These included the Senior, Junior, Veterans and Primary Schools Championships and the International Senior Schools. In addition, he refereed the Special Olympics World Games in 2003 and also the World Transplant Games when held in Ireland. He has also refereed and assisted in the running of the National Junior & Senior Championships, the
Junior & Senior Interprovincial Championships as well as other ranking events. 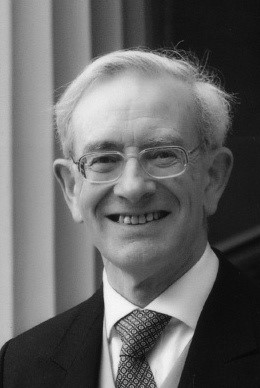 TONY has had a lifetime of involvement in sport with Table Tennis being his main chosen sport. Since he came to Northern Ireland Tony became very involved in the organisation and coaching of Table Tennis initially in Ulster and then at the Irish level at schools and underage levels.

Tony’s involvement in sport commenced after his daughter, Deborah began playing at Glenburn Club in Belfast in 1982.  A few years later he began assisting at top tables in the major competitions in Ulster, finally taking over the running of Ulster Junior Events in about 1990 and then Ulster Senior events in about 2000.

In 1986, he set up the very successful Table Tennis Club at RBAI where he was Vice Principal.  The Club had a number of highly skilled players which included Jonny Cowan, Wai-Sun Chan, Patrick Brown and Ryan Glass all of whom went on to represent Ireland at World and European Championships.

In 1989 Tony took over the running of the Ulster secondary schools competitions. These included the Individual Championships at Ulster and then at All Ireland level. The latter attracted a very large entry.

He also chaired the All Ireland Sub-Committee that reviewed and drew up the regulations for both Primary and Secondary All-Ireland Schools Team Championships.

Tony became a member of the Ulster Branch as Schools Secretary and served in various other capacities until 2017 when he was appointed as Honorary Life President of the Branch. His work included compiling Junior Ranking lists, editing and producing an ever-growing list of policies required by Sport NI, representing the Branch in negotiations with Sport NI, and acting as Equality Officer. He also served in various roles associated with the Irish Association.

He brought his experience of running major events in other sports to bear on Table Tennis events.  The ITTA appointed Tony as an Honorary National Referee in 2012. He was the NI Sports Council’s NI Schools Coach of the Year in 1992 and was then awarded the Joe Veselsky Award for Service to Sport by the ITTA in 2004. He was also awarded the MBE by the British Government for “Services to Youth Sport in Northern Ireland”. He has been a Vice President of the Association for many years.

Tony was Team Manager for the Northern Ireland Schools Team in Glasgow at the 2006 inaugural UK School Games, and in the following years took teams to Coventry, Bath, Cardiff, Newcastle and Sheffield.  He also served on the UKSG Advisory Committee. 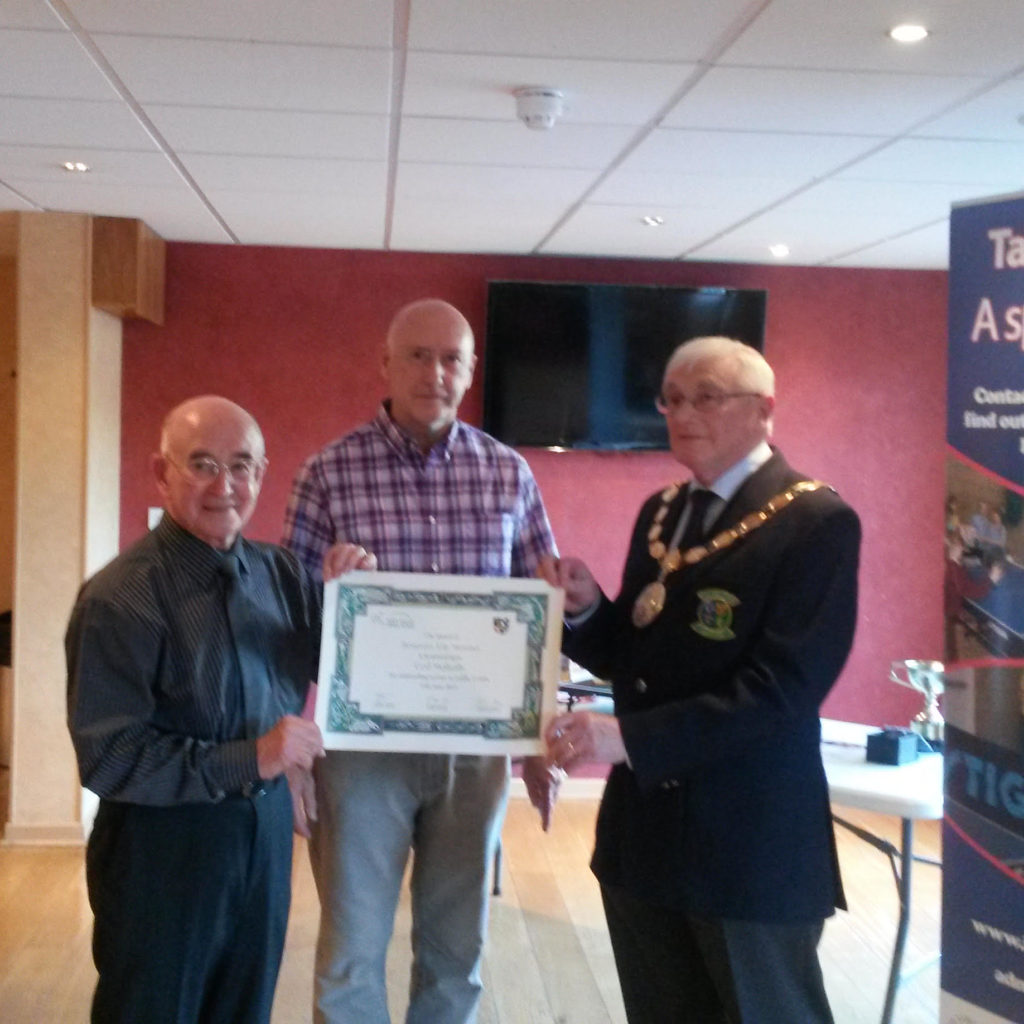 Ted Mahaffy was presented with Honorary Life Membership of Table Tennis Ireland at the recent Ulster Branch Awards evening by then President Mr. Ken Strong.  This award is the highest distinction which can be given by Table Tennis Ireland and is in recognition of the outstanding service Ted has given to the Association down through the years.

Mrs. Pat Hunter, Chairman, outlined Ted’s involvement in the sport as follows: “Ted Mahaffy has been involved in the sport for more than 40 years, both in an administrative capacity as well as a player, having held various offices in the Ulster Branch in addition to being an Ulster Underage coach for a long period. He has been a long-time member of the TTI Disciplinary panel. As well as being an active qualified TTI Umpire, he has represented Ireland at both Over 60 and Over 70 levels with a Veteran Six Nations medal to attest to his ability.  The ever popular Ted epitomizes a terrific example of selfless commitment to the sport of Table Tennis.”

Tommy Rowsome is another fully deserving of Honorary Life Membership. He coached in Dublin’s Glenalbyn Club and other clubs for more than 45 years, mainly at schools and junior levels. He coached his 3 most well known junior players to be outstanding Irish Senior Champions and Senior international players. These are Colum Slevin, Anne Butler (née Leonard) and Kevin Keane. The hallmark of Tommy’s running any club has been his ability to make the training enjoyable by creating a good social atmosphere. His handicap tournaments were legendary advised Colum Slevin recently. Colum also advised that some of Tommy’s coaching methods were well ahead of the time, introducing multi ball in the club in the 1970s. Another fine example of selfless commitment to the sport.

“The contributions made by Ted and Tommy have enriched our sport and indeed the lives of all who have known them down through the years. They thoroughly deserve this award and, on behalf of the membership, I congratulate them on their election as Life Members” said ITTA President Joe Hickey.

Tommy passed from this world on Thursday 13th May 2021. May he Rest in Peace.