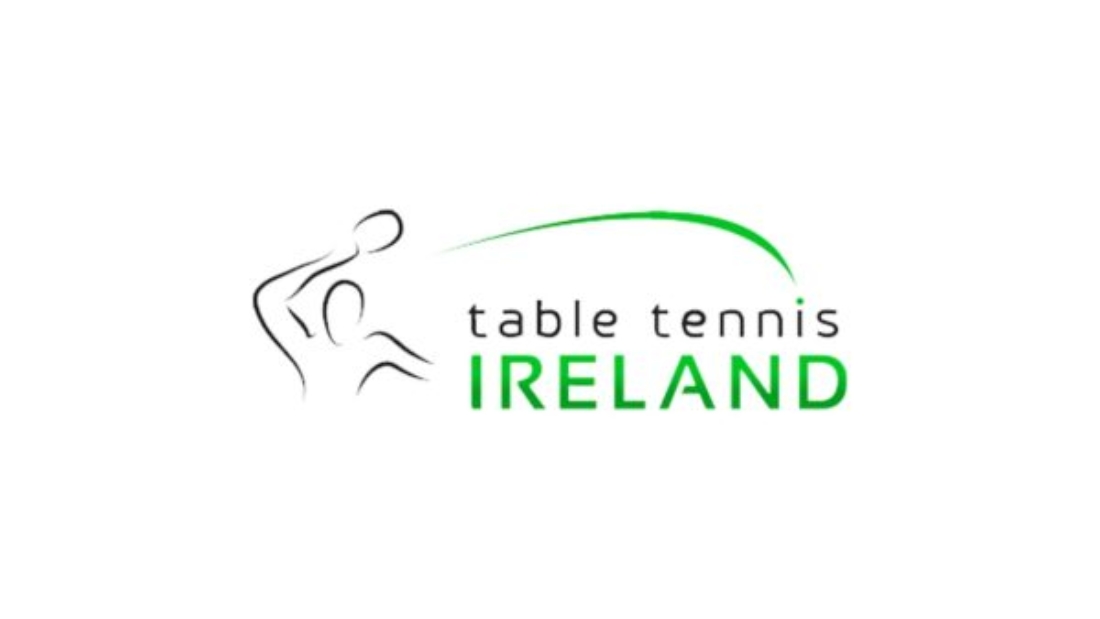 These Championships at Pingzone brought the Masters competitive season to an early close. With the holder absent, John Bowe adding spice to the mix and Champion status on the line, the Over 40s was bound to produce some fireworks. Standout of the early rounds was Phil Wallace saving three match points to beat John 13-11 in the fifth. Mark McAlister and Pat McCloughan impressed also; a harbinger of things to come. Phil beat Rory Scott in one semi- final, while Daniel Molzenberger edged out Pat in the other. The entertaining final produced some cracking exchanges. Phil emerged as a deserving victor on a scoreline of 8, -5, 2, -8, 6. No doubt he enjoyed bringing the Harry O’Prey Trophy back home in his own right!

The Ladies event saw two very good victories for Paula, and some tight fifth set wins for Sharon and Gillian. However, at the crunch, Anne Marie prevailed over Ger to seal the title on a scoreline in the fifth of -5, -10, 8,7,2.

In the 50s, Philip Shaw beat Jeremy in the fifth for the second time during the day, having done so already in the 60s. However, he lost to Pat 6-11 in the fifth afterwards. Paul Gallagher impressed with two five set victories over Dave Gibbons and Kevin Mackey. As alluded to earlier, Pat and Mark contested the final, Pat winning out 7,6,-10,11.

The 60s saw the welcome return of Jimmy Robinson to competitive action. However, engaging with Jeremy early at the KO stage was not in his plans. Kariem edged a hard-fought victory over Norman, winning 11-5 in the fifth. Likewise, Philip pipped Jeremy 11-9 in the fifth, which set him at a disadvantage facing Finn in the semi-final. Brian chiselled out a win in four, to set up the final against Tommy Caffrey, who had eliminated Kariem elsewhere. Much later, brute force and ignorance had no place in this absorbing final. Red herrings, powder puff assaults, deft ripostes laced with insidious intent were de rigueur in this battle of minds and will. Converting the first from 8-10 down, Brian was always in control to win the second 11-8. His mammoth fight back from 2-10 in the third fell just short, but a time-out had been used up by his exasperated opponent at 7-10. Changing tack at the start of the fourth,Tommy began an assault with long fast serves. However, this was rebuffed, with no little skill. Leading 5-1, Brian aced a service delivery which pierced the maestro’s defences. Completion anxiety avoided, he finished as a worthy winner, 10, 8, -9, 7! A first national title is indeed to be savoured, as Phil will readily agree.

David Jacobson put in a tremendous performance in the 70s with a win over Liam, and a fabulous -11, 5, -10, 5, 9 victory over Jim Storey in the semi-final. However, it was good to see Jim back to much better form than of late, hitting some trademark forehand winners with authority. In the final, there was no disgrace in David losing 12, 2, 4 to Tommy Caffrey. The absence of Martin Pickles was noted.

The inspiration and tenacity of Jack Cash in staging the very first of these National Championships in Newtownards must be applauded! How they have developed into such a highlight of our TT season is absolutely marvellous! Our thanks to Sharon, Ger, Viv, Anna, both Daves, Jim, Roman and all who helped with running the event this year. The readiness of all competitors to umpire is greatly appreciated in moving matches along to schedule. Overall, it has been a very successful season. Our best wishes go to members coping with serious illness or bereavement at this time. 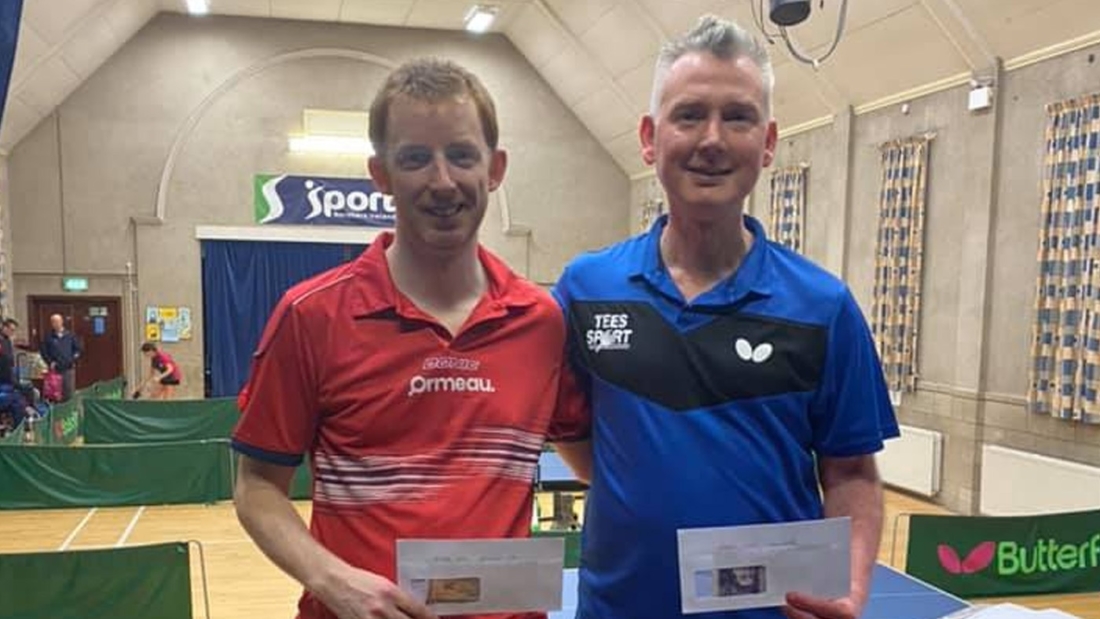 The Masters tournament saw a return to the Glenburn venue in Belfast after an absence of a number of years. Many players expressed an appreciation of the excellent playing conditions and facilities available at the venue.

The Ladies event featured a Round Robin of five players, and Geraldine Greene was a very worthy winner, winning all her matches. The second place in the group was closely contested, with Anne Marie Nugent, Gillian Richardson and Ikuko McMahon all winning two matches each.  On countback, Anne Marie gained the second position, with Ikuko third and Gillian Fourth.

The 40’s groups saw some very good matches and in the knockout stages, Rory Scott had a very close encounter with Dave Butler and only won by 3-2. Phil Wallace then played Rory, and Phil overcame the long pimples master, to progress to the final against his Ormeau team mate and friend, Daryl Strong. Daryl in reaching the final, had overcome Tibor Pofók in the previous round. The final between the two Ormeau contenders was very close. At one stage it looked as if Phil would pull off a famous victory when he was 9-4 up in the 5th and final game. Daryl, however, drew on all his experience and triumphed in the end by 12-10.

The 50’s saw some good wins by Paul Gallagher and also by Willie Cherry, who was playing in his first Masters tournament of the season. Kieran Murphy was also playing in his first tournament for a long time, but did not progress past the group stage. Willie had a very good win against Kevin Mackey in the semi final and Paul also reached the semi final by winning 3-0 against Norman Nabney. Paul then lost to Pat McCloughan 3-0. The final was an excellent match between Pat and Willie, and on this occasion Pat was the worthy winner.

The 60’s event also featured some very good matches. In the first round of the knockout, Barry Dickson progressed in four close games against Albert Coulter. Norman Nabney had a close match with Branislav Jakovetic and reached the semi final by winning 3-2. In the other half of the draw, Kariem Sabir played well to win against Finn, and Martin Pickles also played well to overcome  Dickson. In the semi finals, Tommy Caffrey had a comfortable win against Norman, and Kariem progressed in four games against Martin. In the final, Kariem played a steady, controlled game and triumphed against Tommy by 3-1.

In the 70’s, there were good wins for David Jacobson in the group stages. Tommy made up for his disappointments in the 60’s, by playing well throughout and progressed through to the semi final without too many problems. Ken Peare had a good win over David, and Oliver Adamson played well to also reach the semi final stages. Oliver then met Martin Pickles, and lost 3-1 and Ken lost to Tommy by 3-0. In the final, Tommy showed what a good competitor he is. Having lost the first game to Martin, Tommy drew on his vast experience, changed to a more controlled aggressive game and went on to win on a scoreline of  -10, 5,3,5.

Our thanks go to Glenburn table tennis club and the people who made the tournament possible. These include Herbie and Neil, who were at the top table throughout, Norman, Willie, Martin and Brian. 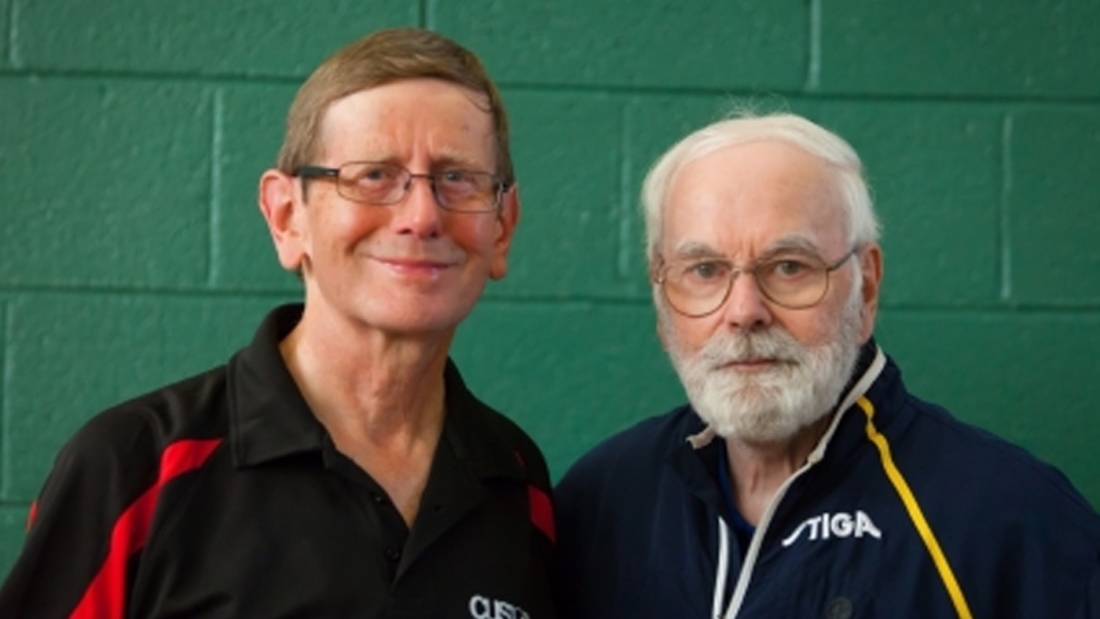 Thunderous forehands, feisty verbal exchanges and deceptive defensive wiles were in evidence at the recent Masters Classification Tournament. Any cobwebs from Budapest or lazy summer beaches were soon blitzed in the early group stages. The knockout section of the 40’s began with a fantastic encounter between Daryl and Kevin Mackey. Delivering relentless heavy topspin, cleverly disguised services and furious winners from both wings, Kevin really put in a remarkable challenge. However, Daryl coped well, and led 4-0 in the fifth. Undaunted, displaying real aggression, Kevin bravely clawed his way back to deuce. Daryl then delivered when the chips were down, getting over the line 13-11. Rory Scott edged out Phil Wallace in five in an evenly contested semi-final. Against Daryl in the final, Rory used his blocking skills to good effect along with powerful flat hitting to win the first. Daryl absorbed Rory’s attack, and countered really well to win the next two. Down 2-7 in the fourth, Rory began to play with controlled aggression and hit some great winners to really trouble Daryl. Too late, alas, and a relieved Daryl won 11-8. Brian Devereux can be well pleased with his initial venture with long pimples here!

The Ladies event featured a welcome visitor, Senga Thomson. Several good performances were registered by Ikuko, Sharon, and Paula. Ger triumphed in a close final with Annemarie. Some of her attacking play was very effective indeed. Many close encounters are indicated over the coming season, going on these results.

The 50’s went to script, though Kieran Burke surprised himself somewhat to reach the semi-final. Returning serve very effectively against the dangerous Nebrojša Gabrič in the other semi-final, Kevin Mackey dominated proceedings, never allowing Neb to settle. Kevin was always in control over Pat McCloughan in the final, winning 6,9,-9,7. A strong entry in the 60’s saw the welcome return of Jeremy Lappin and Albert Coulter. Some tremendous performances in defeat were registered by Tommy Fitzgerald, Kariem Sabir and Philip Shaw. However, the final was not played late on in proceedings, leaving Kieran Burke and Tommy Caffrey to share the spoils.

Jimmy Fleming and Ollie Adamson can be pleased with their performances in the 70s. The final produced a classic of the genre, with Tommy taking the first two games, attacking any loose balls from Martin comfortably. Surprisingly, Martin’s variety of spin caused quite some difficulty thereafter, causing Tommy to struggle considerably. Hitting controlled forehands mixed in with deft defensive variations, Martin proceeded to lead 10-7 in the fifth, and looked to be completely in control. Point by lengthy point, Tommy somehow clawed his way back. Martin’s play could not be faulted. He did not freeze, continuing to mix astute attack with defence. However, Tommy won the game and the match on a scoreline of 10,4,-8,-6,12. Legerdemain, hypnosis, woodshedding in formative years, showtime…somehow, Tommy tapped into his reservoir of skills, technical and mental, to chisel victory out from bleak circumstances. Hats off to both players for this enthralling encounter!!

Our thanks to Roman and Ana at Pingzone for their assistance in staging the tournament. Dave, Sharon and Viv really managed the matches efficiently. Dave Pender, Denis Kelly, Jimmy Fleming among others, are to be commended for their efforts to assist in proceedings. Players’ willingness to umpire greatly assists the timely running of events. It does help if people can put empty bottles and litter into the bins provided. The new online system for entries will improve after this outing. The Masters Leinster Open is on 19 October.

Good Luck to all of our teams playing at the Home Nations Tournament in Perth!